Ali Levine’s passion for styling shines brightly in more places than you realize.

She has shared her fashion sensibilities for achieving effortless chic-ness in several media outlets, including:

You can also find Ali’s work gracing the celebrity shoulders of A-listers like:

Ali’s fashion visions have come to life in countless editorials:

Her work is also found in popular prints such as:

Needless to say, she enjoys having what she considers to be the “best job in the world”.

Born and raised in New York, Ali credit her love for fashion to a city upbringing, and also a kinship style icon – her grandmother. After completing college with a fashion merchandising and management degree, Ali’s career jumpstarted when she accepted a position with Target.

The accomplishment was a major responsibility, one which included opening a flagship NY store and working with international designers, a first for Ali at the time. Moreover, she was also designing for industry big names like Fragments, Coach and Talbots.

Once Ali achieved in-house fashion experience, she made a rapidly successful transition to television and film. This shift eventually led to a move to Hollywood, where the Ali Levine Design firm is currently headquartered.

Ali’s skills, resourcefulness, and city-girl energy immediately led to jobs on Mercy and Wall Street: Money Never Sleeps, where she had the opportunity to work with Shia LaBeouf and Carey Mulligan.

Since relocating to Los Angeles, Ali’s work can be seen on Fran Drescher’s Happily Divorced, In Time with Justin Timberlake, Kanye West’s World Throne Tour, X-Men First Class, New Girl, and much more. A member of both the Motion Picture Costumes Local 705 and Design Guild 892, the red-head with the hazel-green eyes and even more colorful ensemble resides in Toluca Lake with her husband, Justin, two fashionable cats, Dolce and Ferragamo, and newest member, a fashionable pup named Oscar.

When Ali is not working, she continues to exercise her devotion to her field by scouring the hottest trends all over Los Angeles and New York. She has been dubbed the new “IT” girl in the celebrity styling world.

Style – all those who have it share one thing: originality.

Stripd Down with Ali Levine – Podcast

EVERYTHING with ALI LEVINE
Join in weekly as Ali dishes on all things motherhood, the real, the raw and everything in between!” Buckle up, it’s about to get real!
EMBRACING THE MOMMY BODY & LIFTING US ALL UP, PHYSICALLY, MENTALLY & EMOTIONALLY! MEET MIKA LEAH OWNER & FOUNDER OF BUXXOMLY
by Ali Levine

Hey loves! Happy Monday!! Happy MOTHER’S DAY to All of YOU amazing mama’s out there!!

We hope you were showered in LOVE and enjoyed the day! Ali definitely did and is sending love to all of you!

Today’s guest was SO fitting for Mother’s Day and just a great conversation with an incredible mother and designer.

Today we sit down with Mika to hear her journey into being a designer and mother.

Mika shares her why and how Buxxomly was created.

Buxxomly’s purpose and how Mika is empowering women all over the world and revolutionizing the idea of womens sexyness and their support in what they are wearing. Lift wear that you can be comfortable in ALL day!

Mika had her own body struggles as a new mama, and wanted to fix this issue for herself and then realized she was onto something and dedicated her work to empowering other women, especially mothers!

Tune in to get real about motherhood and mom bodies, our why’s and being an entrepreneur and much more!

We are always updating fun news and clips there from the show! Giveaways too! So don’t miss out!

If you’re loving  Everything with Ali Levine, please leave us a 5 star review, written out with some love!!

WE love you and appreciate the love!! The REVIEWS mean SO much to us and help others find the show!!

DM Ali @Alilevinedesign and say hi and follow! Ali LOVES to connect with her community!!

SCREENSHOT this episode if you LOVE it and Tag US so we can Share it!! <3

If you ever have feedback, guest requests, or just want to send some love our way, email below! 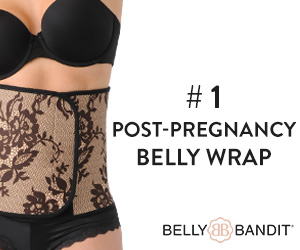 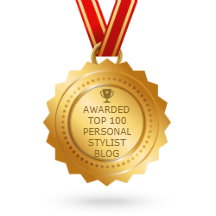 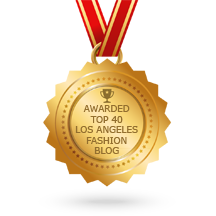